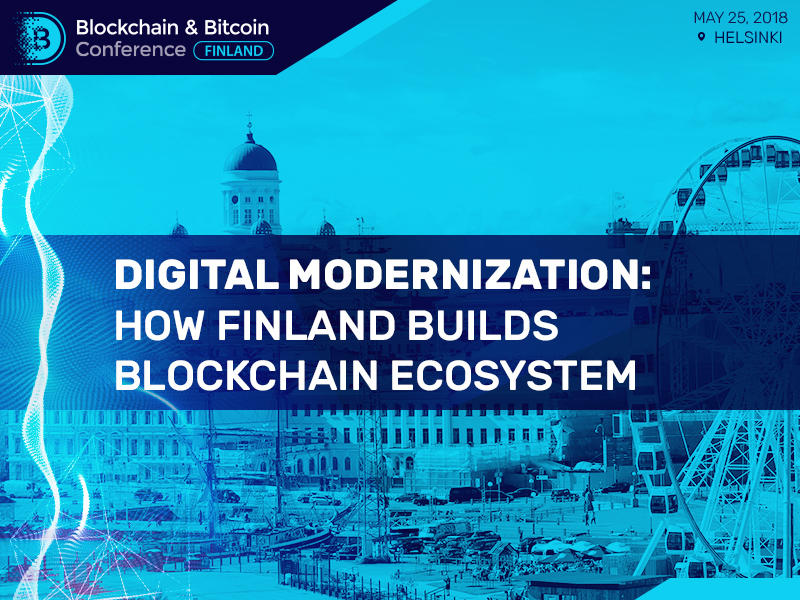 Finland is very likely to become a cryptocurrency center of Scandinavia. It is caused by flexible regulation, developed infrastructure for cryptocurrencies, and high potential for blockchain integration into various sectors.

In 2013, the Finnish Central Board of Taxes (CBT) published a document specifying the cryptocurrency taxation rules. According to it, digital coins were not equated with official currencies but considered to be a legal payment method. One was going to impose a mining tax and to regard revenues and expenses of investment and exchange transactions as the growth or reduction of capital.

In November 2014, the regulator issued a new decree recognizing bitcoin as a VAT-free financial service. According to Richard Asquith, Vice President of Avalara, this decision is the first step towards the adoption of Bitcoin as an official currency. Finland levies capital increase and wealth taxes on cryptocurrency holders.

In September 2017, the Central Bank’s research group described Bitcoin as a revolutionary financial system that did not require the statutory regulation on the part of authorities. Bitcoin technology is able to provide protection from any frauds and to exclude doubtful players from the market. Even though the scientists’ attitude is not the Central Bank’s official standpoint, the mere fact of research means that the latter supports innovations.

The Government of Finland has chosen quite a liberal approach to cryptocurrencies. Virtual coin transactions can be conducted without any banking license; however, there are no rules for identifying Bitcoin service customers.

Despite the fact that revenues from cryptocurrency frauds can be kept secret, a lot of Finns declare them.

Helsinki has the Bitcoin Embassy, a non-commercial organization aimed at promoting cryptocurrency among citizens. Besides, the Embassy is a platform for Bitcoin initiatives. Every month, it organizes meetings for crypto community participants, including top Bitcoin holders and entrepreneurs.

Finland is also a HQ for Bittiraha and LocalBitcoins cryptocurrency exchanges.

According to the ATMRadar resource, the state has installed 22 Bitcoin ATMs. The most popular ATM is the one in Helsinki-based Itäkeskus shopping mall: it provides services to 10-20 people daily.

Bitcoin payments have already been popular in Finland for some time. It was Finland where one bought the Tesla S car cost more than €140 000 for bitcoins in January 2016. In Helsinki, one can use cryptocurrencies to pay for dinner in such restaurants as Spis, Muru Dining, and Lali Gurans, or pay for a room in Cheapsleep Hostel and Hotel Helka.

For businesses and government

For instance, the Finnish authorities decided to use the distributed ledger technology to help refugees. The Finnish Immigration Service provides them with MasterCard stored value cards replacing bank accounts instead of cash. A card is bound to digital identifier stored on blockchain. All the transactions are recorded in the public database backed by the reliable decentralized computer network.

The Kouvola Innovation non-commercial organization is working on the SmartLog project aimed at designing smart containers based on blockchain. Such a container transport will independently determines a route and schedule as well as a way of cargo conveyance. The most interesting thing is that containers will be able to learn from their own experience and improve their own functionality. The project has recently raised financing of 2.4 million euros by the EU.

Nokia, a manufacturer of telecommunication equipment, is going to use blockchain to protect personal medical data. Any kinds of medical data will be recorded and available only to alleged participants, if a person wants to share them.

Finland’s Aalto University is implementing the SOFIE project designed to develop open business platforms for uniting the Internet of Things. The keynote idea is to use several different blockchain systems simultaneously so that the same transaction can be stored in several registers at once. SOFIE will focus on three application areas: decentralized production of renewable energy, food chain monitoring, and mixed reality games.

Toni Mattila, Senior Director at Investment Consulting Invest in Finland, says that Finland can become one of the leading countries in terms of developing and applying blockchain.

You will be able to discover more about the cryptocurrency market regulation and blockchain development in Finland at Blockchain & Bitcoin Conference Finland.