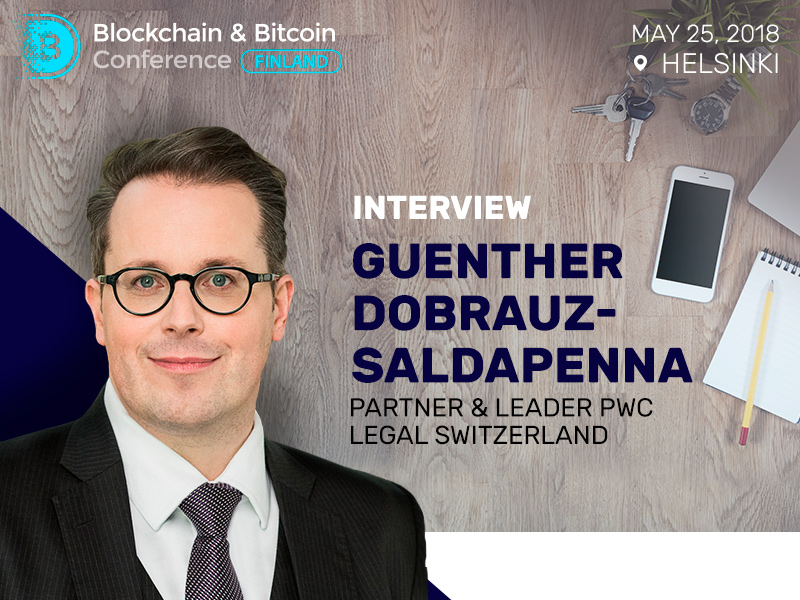 Guenther Dobrauz-Saldapenna is an investor and legal advisory expert. He will be a speaker at the Blockchain & Bitcoin Conference Finland on May 25, talking about the dynamics of innovation and regulation. In the interview, Guenther explained what the dominant design is, discussed impact of regulations, and talked about ICOs.

BCF: Hello Guenther! As you are going to talk about the dynamics of innovation and regulation, could you evaluate it in general, please? How positive or negative the dynamics is?

GDS: The dynamics of innovation and indeed of regulation are facts we have to accept and as such I try not to see them as positive or negative. The essential thing is to understand them properly to be able to either build ventures which benefits from new opportunities or to invest in such ventures.

GDS: Typically, it is more regulation which leads to even more regulation but joking aside the typical development is that the rate of innovation is at the beginning of any development and then slows down as and when a dominant design emerges. A dominant design is typically a technical solution that wins the allegiance of the marketplace, the one to which competitors and innovators must adhere if they hope to command significant market following, but can also be an enforced standard such as a regulation. So it is the other way round – regulation leads to less innovation and upwards consolidation.

BCF: In what cases do you think regulations may have a positive impact?

GDS: Regulation provides for predictability and reliability. As such it is a good thing for expansion of any given solution or market beyond the early adopter market which requires institutional-type infrastructure (and investment behind it to realize it).

BCF: Talking about the dominant design for success in the blockchain, how would you describe the current one?

GDS: Currently there isn’t one. There is not THE blockchain. And I seriously doubt there will ever be. In fact I strongly believe that there will be many and that this is a great thing. Ultimately, I expect various dominant designs to emerge for a variety of blockchains catering to different needs and applications. Horses for courses so to speak and then there may be dominant designs for these.

BCF: As for the ICO, what are the factors that determine its success in your opinion?

GDS: We increasingly can see a triage of ICOs. On the one hand super early ventures with not much to show than a white paper and a lot of enthusiasm of the team. These predominantly appeal to the true DLT and/or Crypto crowed. As such the blockchain-element as well as the decentralisation component have to be really strong and credible. On the other hand, we also see a significant number of ripe projects which historically would have been going for VC-backing. There the entire fund raising process starts to become almost institutional with lots of transparency and sophisticated presentations as these appeal mostly to UHNWIs and family offices as well as some first mover VCs and FoFs.

BCF: How do you think the process of ICO launching will change over the time?

GDS: We already see first developments in this context. Many later stage ICOs, i.e., ones where there already is a product, a well-established team, first revenues, etc., almost resemble sell side M&A transaction mandates. Almost infinite transparency around facts rather than plans and strong safeguarding and significant hand-holding provided by top law firms.